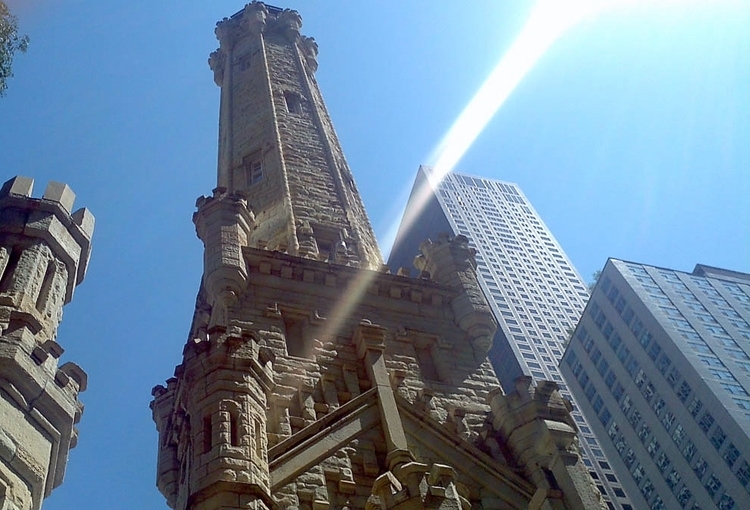 Chicago’s history begins on the Magnificent Mile. In the more than two centuries since the first non-native resident settled where Pioneer Court is today, Michigan Avenue has evolved with the city that grew up around it.

What is now a broad boulevard was once a narrow path called Pine Street. By the late 1800s, factories and industrial buildings, taking advantage of easy access to the river, lined either side.

That all changed in 1920 when the Michigan Avenue Bridge was completed. Once Pine Street connected with Michigan Avenue south of the river both its name, and its character, changed.

After the Great Depression, local developer Arthur Rubloff purchased much of the property along the widened boulevard. In a spectacular marketing move, he coined that stretch of road from the Chicago River to Oak Street the Magnificent Mile.

Our tour begins with the bridge that changed everything. Then you'll step back in time to meet Chicago’s first non-native resident. After that, you'll hear the stories of some of the city's most well-loved and recognizable landmarks, discovering part of what makes this mile magnificent.

This guide is drawn from the bestselling book, Living Landmarks of Chicago. Purchase enables unlimited access, so you can listen to it as often as you'd like. Great idea when you've got visitors, or if you just want to hear fun stories.


TIP: Check your spam email folder for an access link if you paid for this tour.