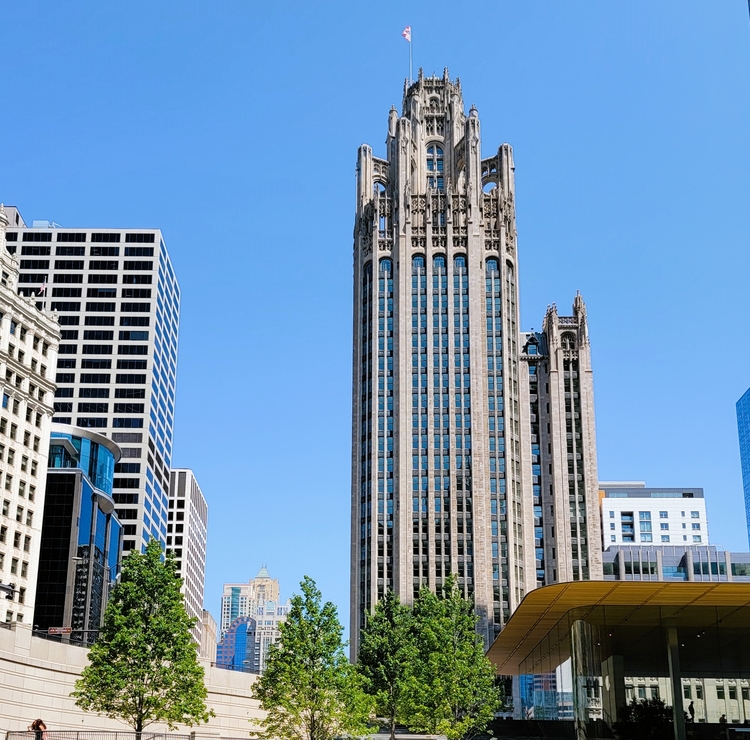 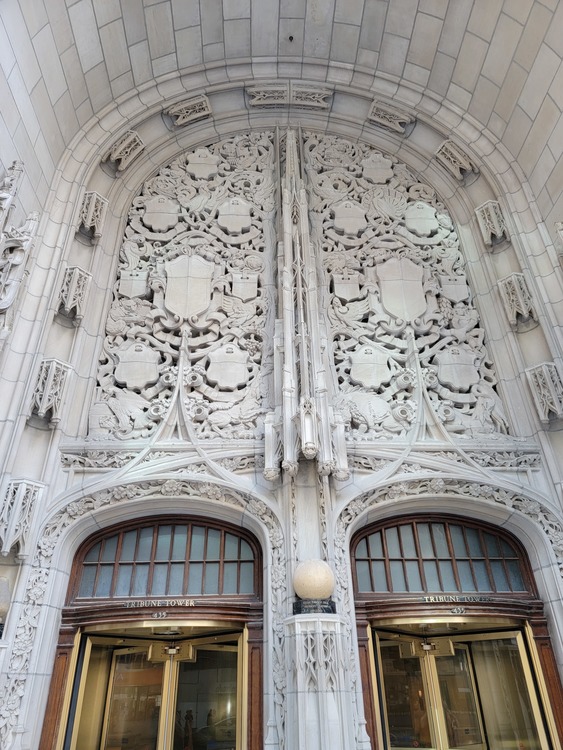 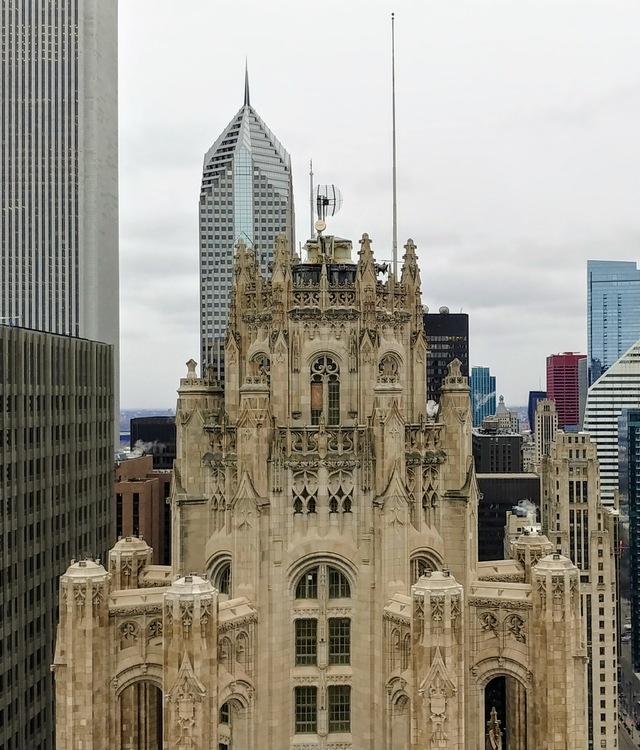 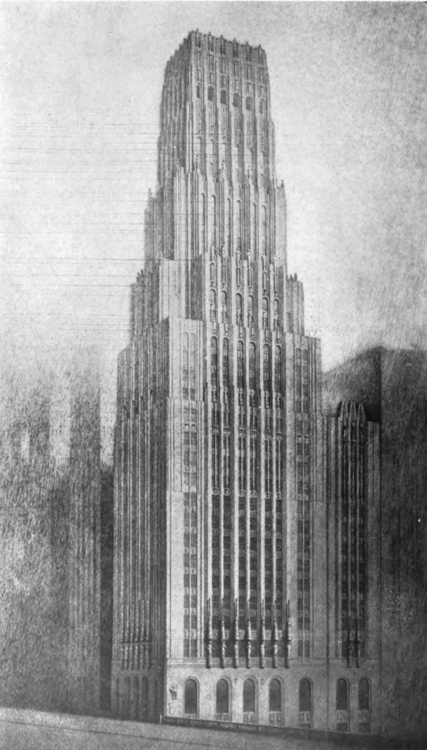 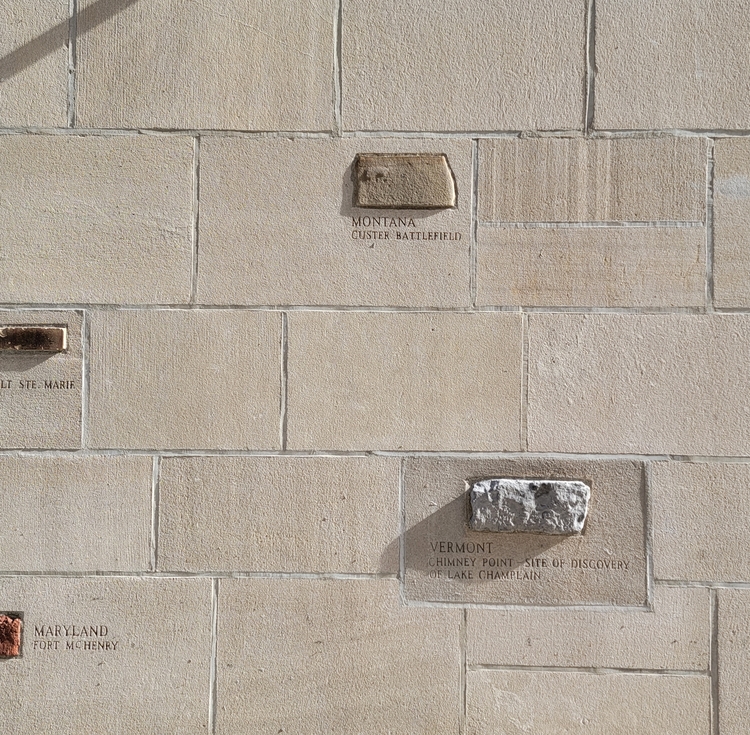 It takes gumption to open your skyscraper’s design to a competition. Of course, it helps if you pay your favorite architects to participate, and it certainly doesn’t hurt if you’re the one judging the entries. Then it’s a publicity bonanza.

The Chicago Tribune was no stranger to either gumption or publicity. When the paper announced its contest in 1922, publisher Robert R. McCormick had been printing “The World’s Greatest Newspaper” on the masthead for eleven years. The paper’s 75th anniversary and a need for more space provided a perfect opportunity for an international competition that would keep people talking for the next century. It would also keep the paper in one place for a while: since first rolling off the presses in 1847, The Chicago Tribune had lived in seven different buildings—eight if you include the temporary quarters after the 1871 fire.

On June 10, 1922, a full-page ad announced $100,000 in prizes to architects. The goal was “to erect the most beautiful and distinctive office building in the world.” First place would get half of that prize money, second place would get $20,000, and third place $10,000. The remaining would be divided equally among ten specially invited architects.

Requests for applications poured in from all over the world. To prevent bias, the architects submitted their designs anonymously. That was probably a good thing, since two of the top three designs were by specially invited architects.

The jury voted unanimously for Howells and Hood’s Neo-Gothic tower, and while most agreed that it was a beautiful building, a few, including one vocal and unsurprising critic, thought that another design was better and would leave a more enduring legacy. Finnish architect Eliel Saarinen’s simpler and more modern tower spoke especially to Louis Sullivan. The famed architect was thoroughly disgusted with the jury’s selection. He believed that the second prize design should be placed first, “where it belongs by virtue of its beautifully controlled and virile power,” and that the first place winner should be “demoted to the level of those works evolved of dying ideas, even as it sends forth a frantic cry to escape from the common bondage of those governed by ideas.”

Leave it to Louis.

At a dinner honoring the winners, Hood stated they strove for a straight solution. As you can see, their design took plenty of turns. A three-story entryway features an elaborate stone screen of Aesop’s Fables. Sculptures, like that of a howling dog for Howells and Robin Hood for Hood, illustrated a distinct sense of play. Grotesques—comically distorted figures—decorated the building.

In another move that was guaranteed to generate publicity, and not a little controversy, McCormick thought fragments of important buildings would be a cool way to decorate, so he sent a note to his correspondents asking them to try to get pieces of history, “by honorable means.”

These include pieces from China’s Forbidden City and Great Wall, France’s Notre Dame, Greece’s Parthenon, and David’s Tower in Jerusalem. More were added over the years until at one point there were 150. The provenance of most of them can be established, but there are a few that might have been obtained through less-than-honorable means.

The Chicago Tribune stayed in its monumental tower for nearly a century. In 2016, Tribune Media sold Tribune Tower and the historic building is now condos.