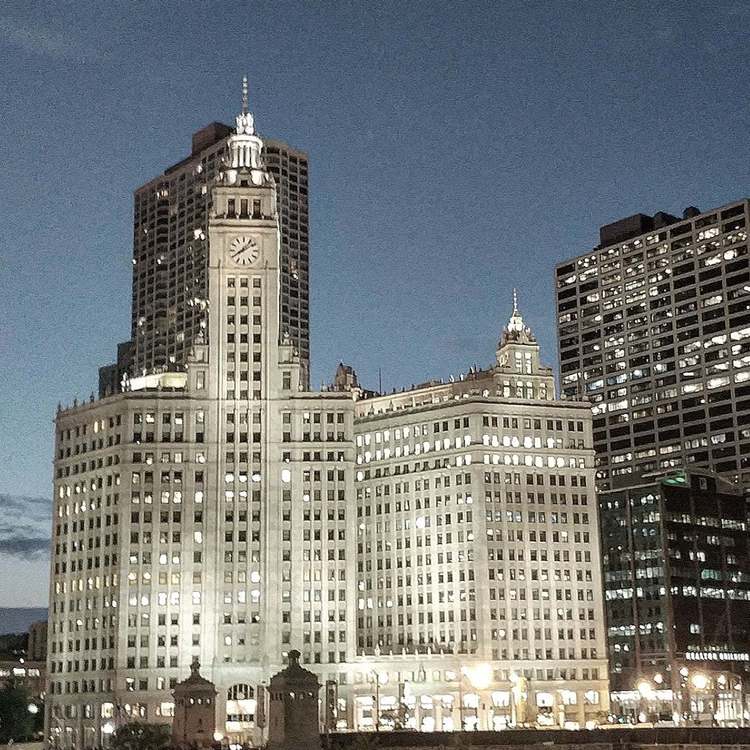 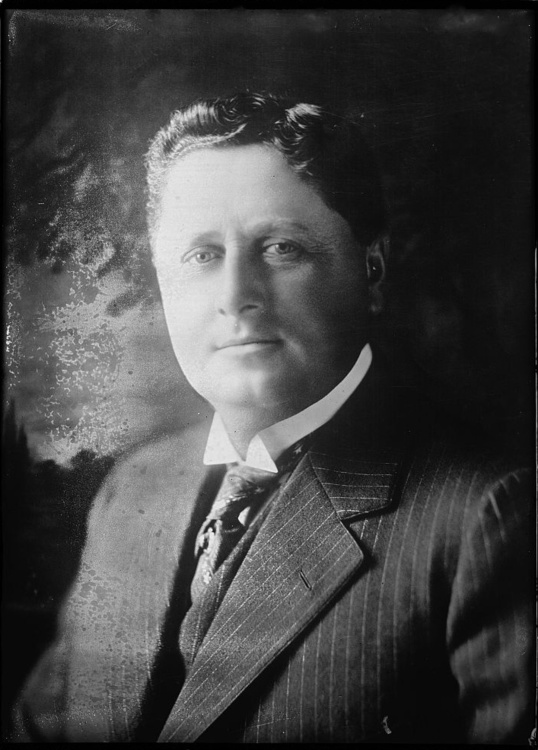 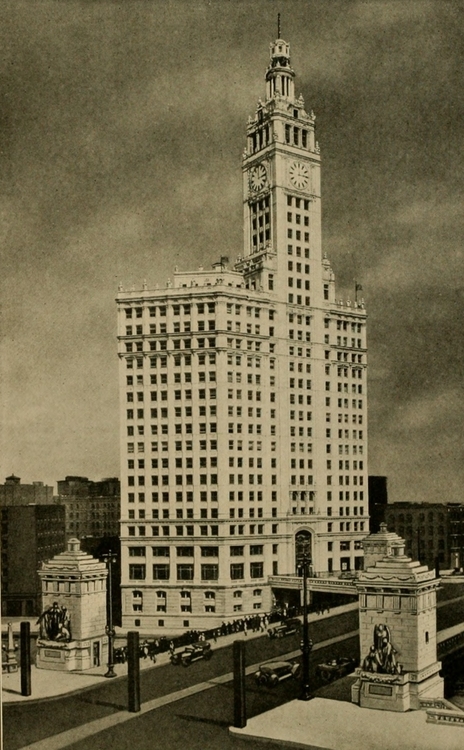 The Wrigley Building’s cladding of terra cotta, with its subtle gradient from gray to cream to gleaming white, draws the eyes up, up, up to the soaring clock tower. In 1921, newspapers called the building the “Jewel of Chicago” and said it looked “like a snow palace, a tower of frost.” Its beauty was a reminder of the shining White City of 1893, and while the visual effect was stunning, especially in a city plagued with pollution, perhaps the most surprising aspect was the lack of advertising. From a man who put an ad on every single streetcar in the USA and paid $104,000 a year for a sign in Times Square, this seemed distinctly uncharacteristic.

An article in the Chicago Tribune from April 4, 1920 stated:

“The strangest feature of this great cloud tickling monument to spearmint is that, although it will be the most commanding site in the middle west for a wonderful electric display of the virtues of William Wrigley Jr.’s chicle sticks, there won’t be any advertising on the building.”

Strange, maybe. Clever? Definitely. When it came to getting tongues wagging, William Wrigley Jr. knew what he was doing—and not simply because he sold chewing gum. “It was better advertising not to plaster my name on the building,” he said. “People talk more about it. It is the unusual thing—the thing they didn’t expect me to do.”

William’s whole life seemed based on doing what people didn’t expect him to do. He was born in Philadelphia in 1861, the son of a scouring soap manufacturer. Young William wasn’t exactly the scholastic type, and although he wasn’t mean-spirited, his irrepressible nature got him kicked out of school on a regular basis. Every time he'd get in trouble, his father, William Wrigley, Sr., would write a note and the principal would let him back in. When he was eleven, William decided he'd had enough of that and took off for New York City.

This began a series of adventures, including hopping on a train and getting kicked off in Kansas City, but by 1885, he was selling soap for his dad, was married, and had a daughter arriving the next year. In 1891, he moved to Chicago, and it wasn’t long before he landed on the product that would make him a household name:

What began as a premium gift for customers who bought his soap became the product itself. In 1893, he introduced two new flavors at the World’s Columbian Exposition: Juicy Fruit and Spearmint.

One by one, selling his product at five cents a pack, William Wrigley Jr. became a very, very wealthy man. He bought a baseball team. He bought Catalina Island. And, he built one of the most gorgeous buildings in Chicago.

It would be Chicago’s tallest building, at least for two years, and Charles Beersman, architect with the firm Graham, Anderson, Probst and White, clad it in over 250,000 pieces of terra cotta in shades from creamy off-white to bright blue-white. At night, instead of advertising, reflectors illuminated the exterior, making it visible for miles. While the final cost more than doubled the $3,000,000 estimate, William had sold enough five-cent packs of gum to pay cash.

The Wrigley Building is truly the house that chewing gum built.