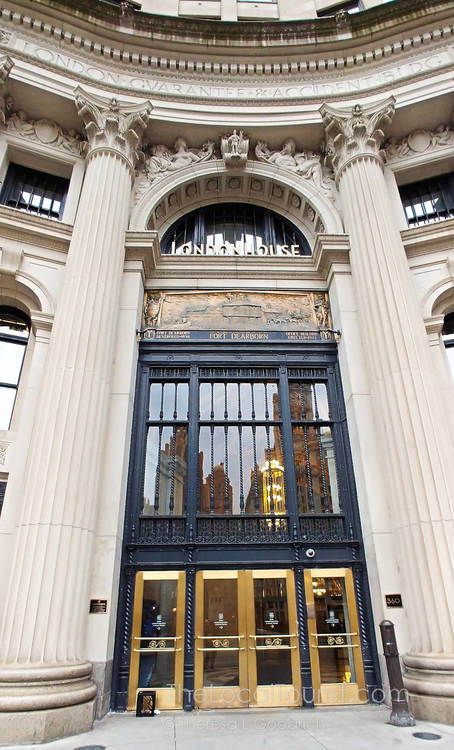 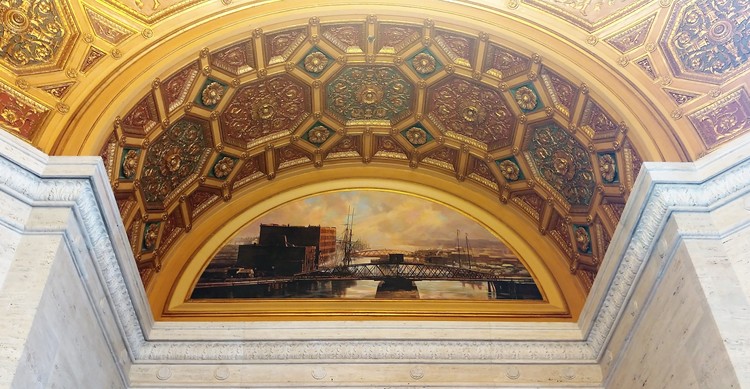 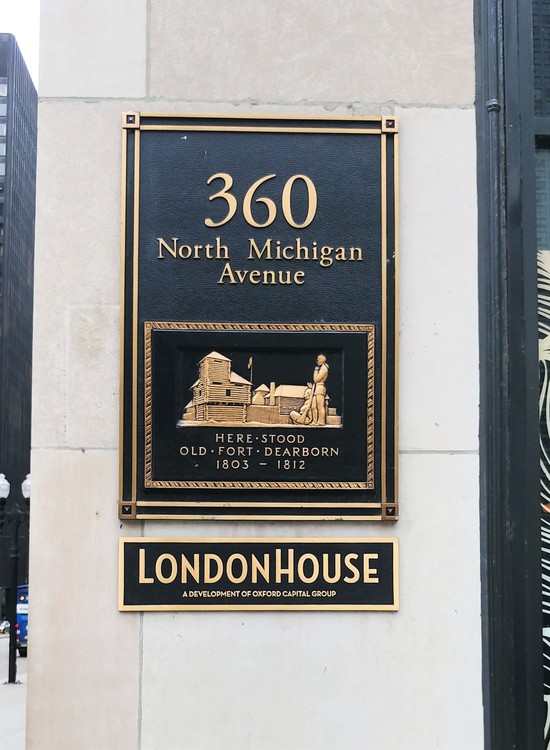 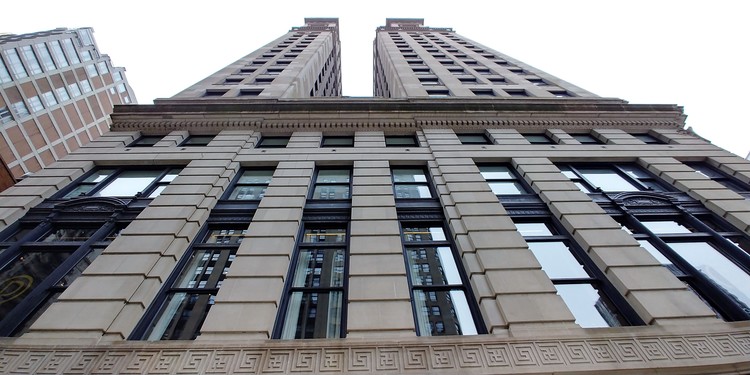 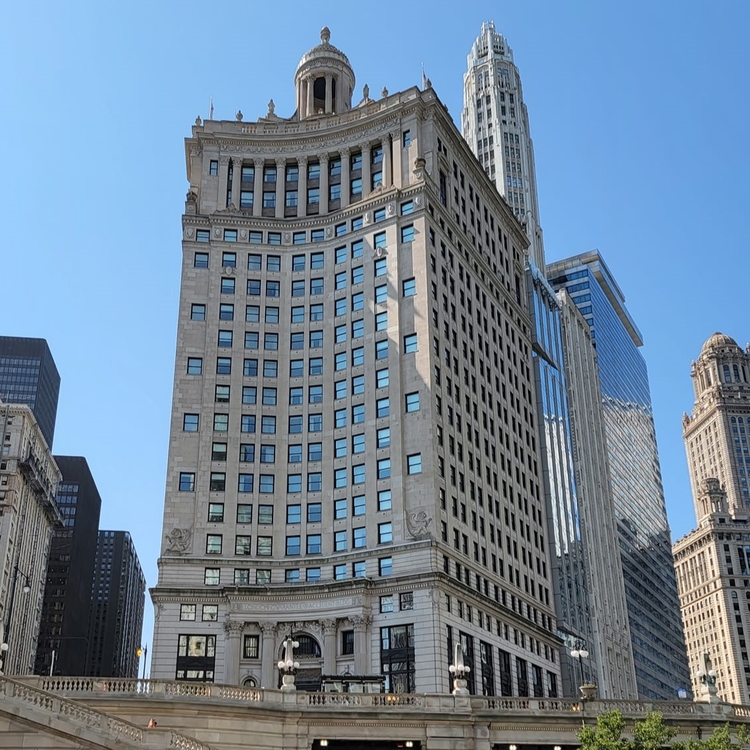 At the base of the building on the southwest corner of Michigan and Wacker there’s a plaque: “Here stood Old Fort Dearborn 1803 - 1812.” Above tall doors on the same building, between Corinthian columns, there’s another—a bronze engraving depicting the stronghold with the words "Fort Dearborn; Destroyed 1858" on the left and "Office Building; Erected 1922" on the right.

That building is a skyscraper that, according to the Chicago Landmark designation report, “is one of the few and best examples of Beaux-Arts style classicism.”

The former office building, now the LondonHouse Hotel, is one of four 1920s-era anchors of Michigan Avenue and the Chicago River. Noted for its irregular shape and its distinctive cupola, the London Guarantee and Accident Building is a piece of architectural eye candy that invites sightseers to stop and gawk at its “harmonious and refined designs” and “restrained classical detailing.”

Before construction could begin, they had to deal with a little problem: a two-story, 24-foot by 50-foot brick building squatted almost in the center of the Michigan Avenue frontage, and its owner refused to sell.

Well, John W. Keogh, the owner of the short building, would sell, but he was going to get paid. “Offers were made Mr. Keogh,” said an October 20, 1921, article in the Chicago Tribune, “which made even the real estate brokers gasp, but he asked a little more.”

John S. Miller, who owned the rest of the site and was building the skyscraper, said “Too high.” Architect Alfred Alschuler said no problem and carved in a lightwell. Even when John decided that he would sell, two months before they broke ground, the architect drew in five stories where Keogh’s building had been and kept the air shaft.

The cornerstone ceremony for this multimillion-dollar skyscraper took place on December 3, 1922, and anywhere from a thousand to fifteen hundred people attended. Fort Sheridan not only sent a military band, but also fifty-five soldiers, the same number who’d attempted to escape the fort in 1812. Mayor “Big Bill” Thompson, Alfred Alschuler, and members of the Chicago Historical Society spoke, and General George Van Horn Moseley gave the principal address. Also in attendance were direct descendants of Captain John Whistler, the officer who designed and built Fort Dearborn and led its soldiers until 1810. Whistler’s great-grandson William Robert Wood laid the cornerstone.

London Guarantee and Accident moved into their new building in 1923, and the next year the Lake Shore Trust and Savings Bank awarded Alschuler the Gold Medal for excellence in design.

Today this magnificent building is the LondonHouse Chicago, a 452-room luxury lifestyle hotel.

5. LondonHouse in all its glory