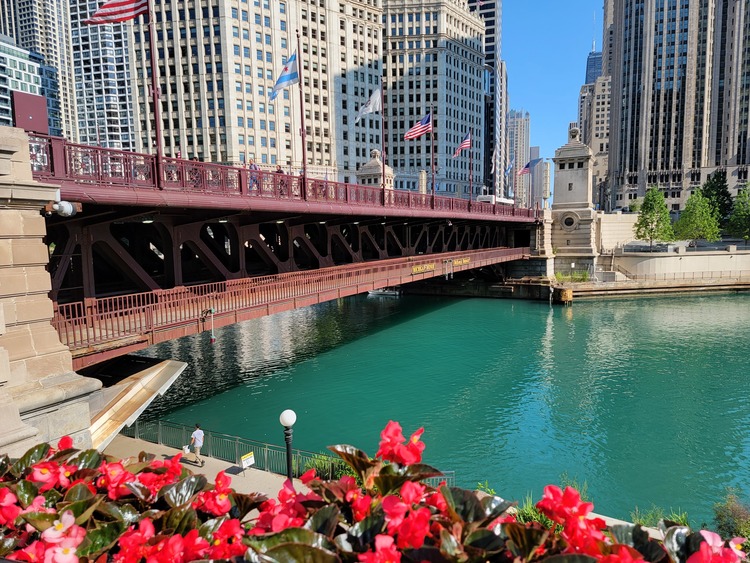 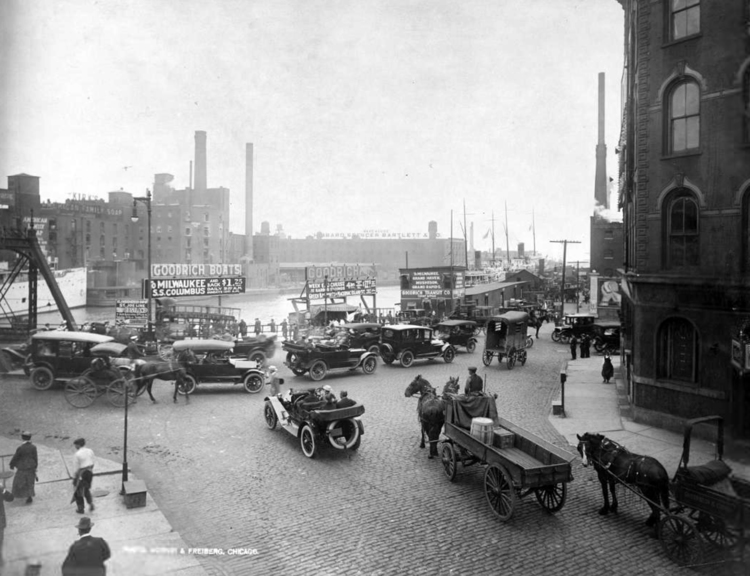 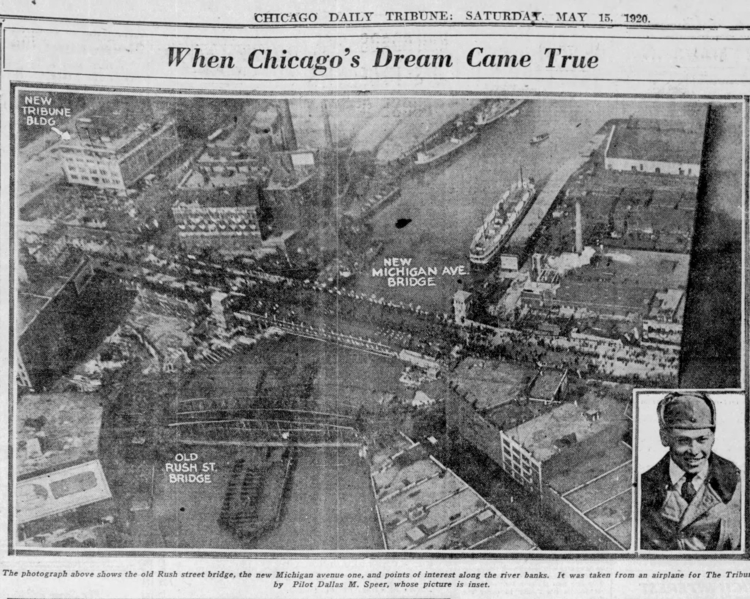 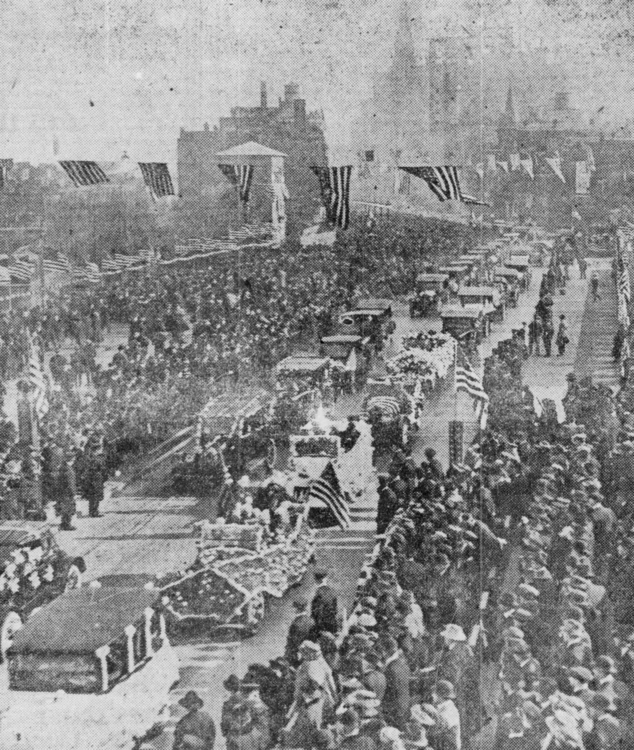 Michigan Avenue at the Chicago River

Prior to May 14, 1920, the main thoroughfare between the north and south sides of the Chicago River was the inefficient Rush Street Bridge. This swing bridge, the fourth bridge in that location, was a bottleneck of epic proportions. Vehicles and pedestrians would queue up on either side and have to wait while the bridge swung to the center of the river to allow ships to pass, and then wait for it to swing back. Not only did this cause tardiness in the workforce, it was also quite the irritant when one wanted to attend the opera or go shopping at Marshall Field’s.

In 1890, Mrs. Anna May, a northside resident whose father had been an early Chicago pioneer and whose husband, Horatio, was a Lincoln Park Commissioner, proposed a solution to the traffic jam: a tunnel.

A tunnel seemed the most viable option until 1902 when the first trunnion bascule bridge crossed Cortland Street. At its most basic, a bascule, French for see-saw, is a drawbridge. Adding the trunnion, or pivot point, with counterweights made lifting the leaves of the bridge a breeze.

This changed everything. For many people, from that point on only a bridge would do. A May 31, 1903, editorial dreamt of a bascule bridge east of Rush Street that connected a wide boulevard thoroughly paved with asphalt. Gone would be the streetcar tracks to the south and warehouses to the north. In their place, stores would drive property values up and up and up. Mayor Carter Harrison IV thought it was a fantastic idea. He called it a “boulevard on stilts” and appointed six aldermen to a committee.

This wasn’t a simple matter of building a bridge, though. Michigan Avenue from Randolph to the river was a narrow strip. Same with Pine Street to the north. They’d have to widen both. There was only one problem: that land wasn’t empty.

For nearly a year, Judge Pond heard from objectors and their four-hundred lawyers and the city paid nearly $5,000,000 in assessments on more than 8,500 pieces of property.

The Boulevard Link, which would become the Michigan Avenue Bridge, wouldn't be completed until 1920, but its effect was immediate. Within a year and a half property values had increased to $200,000,000 and by 1924 the London Guarantee & Accident Building, the Wrigley Building, and Tribune Tower soared above the river.

William Wrigley Jr. commissioned James Earle Fraser to create the sculptures on the two north bridgehouses. On one is The Discoverers, depicting Jolliet, Marquette, de La Salle, and de Tonti. On the other, The Pioneers, led by John Kinzie. The Benjamin F. Ferguson Monument Fund paid for the southern bridgetower sculptures. Henry Hering’s Defense depicts a scene from the 1812 Battle of Fort Dearborn, and Regeneration celebrates the city’s rebirth after the Great Chicago Fire.